Older headstones sometimes yield significant clues to the genealogist by providing a short biography of the interred.

Over time we’ve lost story-telling through gravestones as they have almost merely become markers with a name, birth date and death date if we’re lucky. Nevertheless, my first draft of several lines of Nelson ancestors from the 1800s and 1900s came from Maplewood Cemetery in Henrietta, New York. Although the town burial site contains graves from the mid-nineteenth century, Maplewood was finally incorporated in 1896 and spans about 25 acres. The “rich, poor, famous and unknown” are buried there. Flags are placed on the graves of veterans; 3 of which were in the Revolutionary War, 2 from the War of 1812, 2 from the Mexican War, 24 from the Civil War (one of whom is my ancestor, Henry Chapman, a topic for a future post), 32 from WW1, and 193 from WW2.

I knew about Charles Flansburg and Ella Chapman Flansburg, my great-great-grandparents, but became stuck in my effort to go beyond them, to uncover their parents and other family members. Armed with family names and location of residence, I dug into my Flansburgs and Chapmans through quick download of cemetery records and analysis using my trusty Google and Excel skills. I found names, death dates, relationships and even some maiden names. Noticing that within family sections, husbands and wives were usually buried next to each other (duh!), I pieced together the tree structure to hypothesize (and later validate through other sources like census records) even more generations. Charles’ parents were Daniel and Chloe Almira Hovey Flansburg (my third greats). Daniel’s parents were John and Lucy Odell Flansburg (my fourth greats). Likewise, Ella’s father was Henry B., his parents were Chauncey and Lucinda Tillotson Chapman, and Chauncey’s parents were Henry and Keziah Chapman – tracked all the way back to my fifth greats born in the 1700s!

So, my second lesson learned on my genealogy journey is to check out the area cemeteries for ancestors. Naturally Maplewood Cemetery is on my list of places to visit when I head to Henrietta for in-person research. A few photos of my ancestors’ headstones are available online through great resources like http://www.findagrave.com, but I want to go see and touch for myself. I hope to commune and learn about their lives by visiting their final resting place. 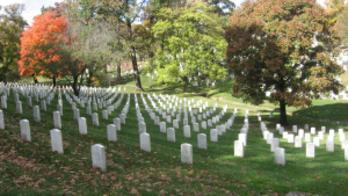 I have long been fascinated by cemeteries. Take me to any European city and I’m likely to have a visit to the old cemetery on my list. I find the church graveyard as interesting as the church itself. I suppose it’s because the marked grave is often the last remnant of life. I’m intrigued by the stories, many unknown, of the deceased from generations upon generations before us. How did they live? Who did they love? How did they die? I see cemeteries as works of art, like those containing the moss-covered Celtic cross ubiquitous in Ireland and Scotland or pristine, ordered headstones standing at attention in our own Arlington National Cemetery.​

The following was written by Melanie Nelson about her ancestors who lived in Henrietta.  She is the 5th great-granddaughter of Henry Chapman, builder of the first hotel in the West Hamlet of Henrietta. 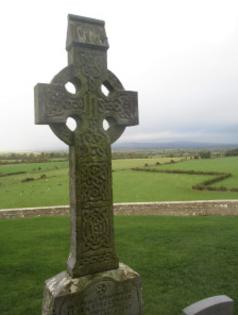 If You Want to Learn About Life, Start in a Cemetery

Scattered within the east, west, north and south corners of the Township of Henrietta,
lie the quiet little plots set aside by our forefathers for the last resting place of the remains of their dear ones.
Soldiers of our country's wars, and those who kept the homes fires burning, lie within those boundaries.
our lives have been enriched by their humble contribution in life.